I couldn't find a simple way to sync the sequencer with host, the closest I have come is the technique below which slaves the 1027 to the host BPM via a Sync Divider and Trigger to Gate Converter modules and by putting the 1027 Clock Controls into 'GATE' mode which means it goes one step and outputs the result each time a gate pulse is received at the 'ON' input. One downside with this is that you'll have to find some way to stop the sequence because reset doesn't on the sync divider and the 1027 won't stop it. 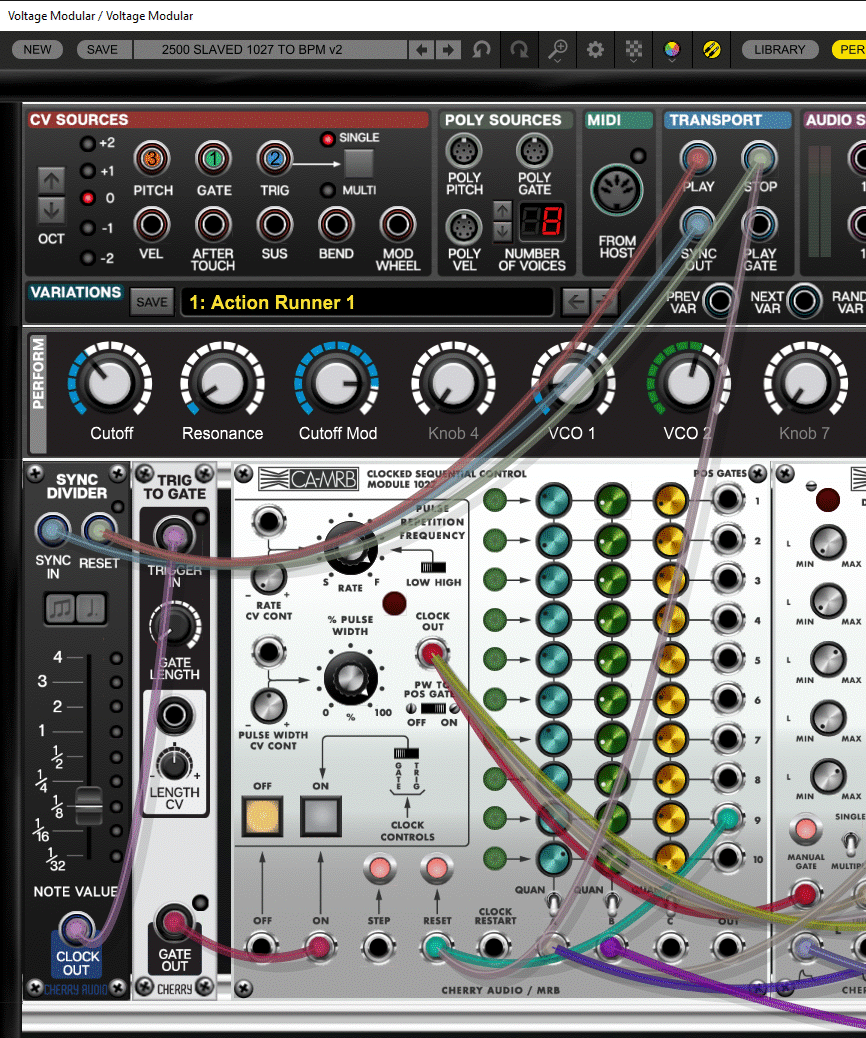 Is it possible another module could be created that will handle not only converting Clock in to 1027 'Rate', but also 1027 'Rate' to Clock to allow us to drive other things with the 1027 as a clock master?
Or am I missing something that's already there?
Top

I haven't played with my demo version yet, but I noticed you are not using step. Might that be useful, or did you try that already?

Never mind; doesn't seem to help with what you want.
Top

I second that... I don't have any other sequencers with the accent sequencing function on it... so would handy to know how to sync to daw tempo.
Top

Never mind; doesn't seem to help with what you want.

Yes step was the first thing I reached for once I realised there was no easy way to convert host BPM to the 'Rate' the 1027 uses, but it seems all step does is move on a step in the sequence without firing anything through the outputs on that row so that was when I moved to using the 'On' port instead.
Top

GOT IT!!! Pretty easy really.

I've tweaked mine further to add Boolean logic that checks for the Play Gate being up and stops sequence if stopped. Both your solution and the one MRB posted have the same issue where they don't react to tempo changes in the DAW, but mine does so mine may be better for some scenarios. 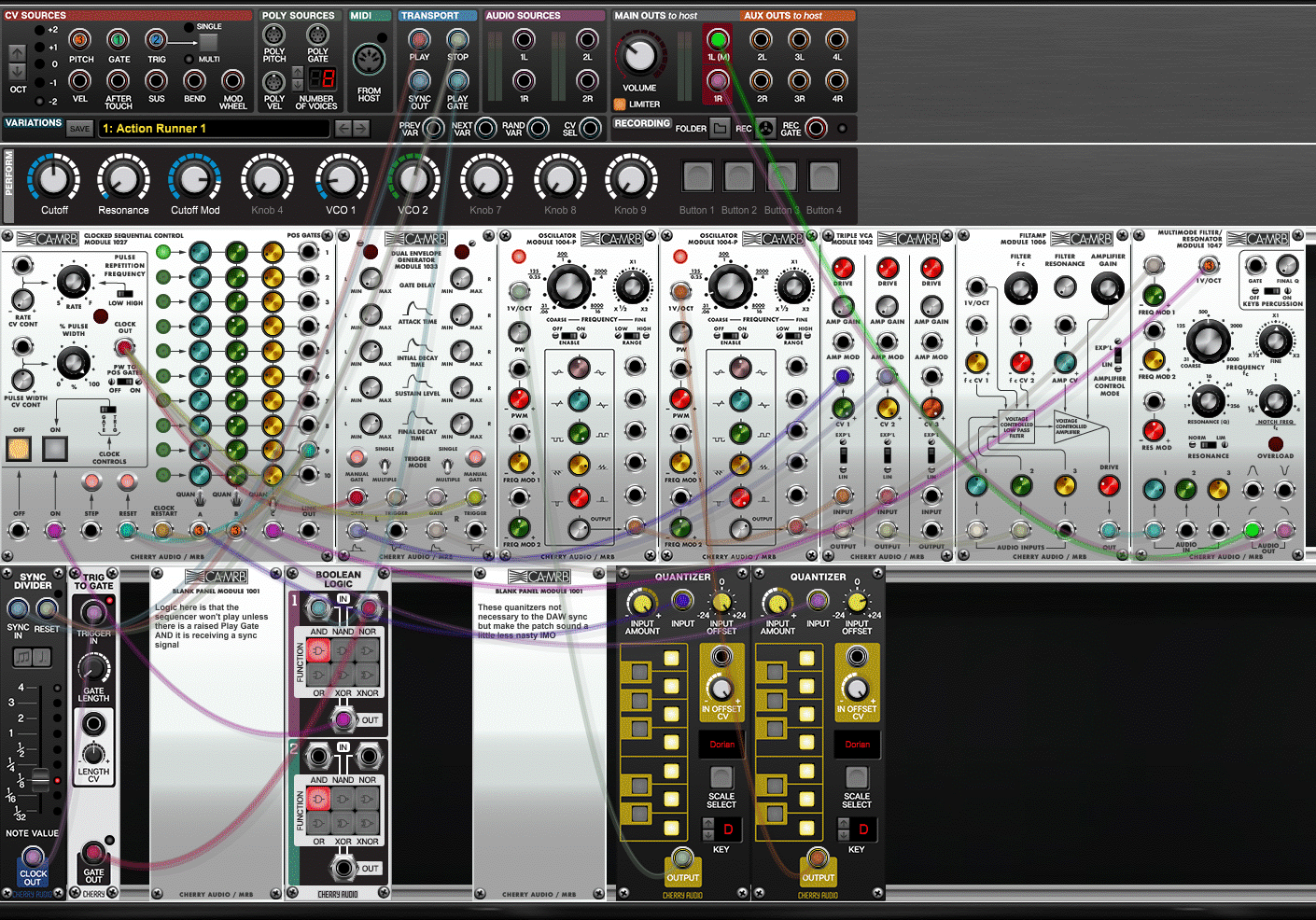 I did it just using a Amp to gate the sync... 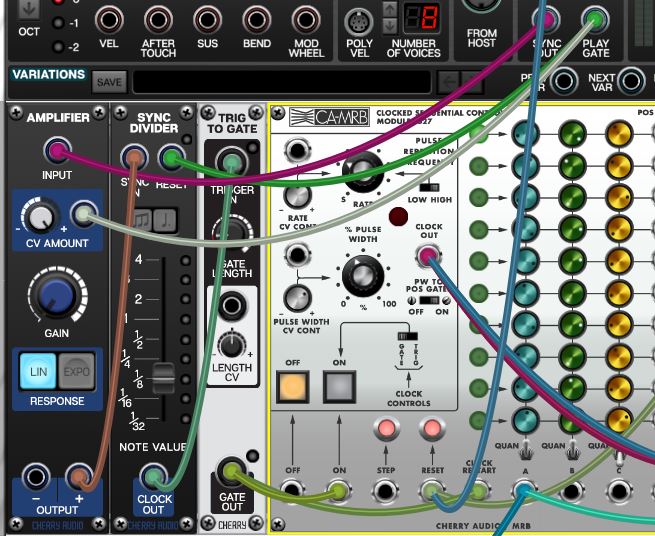 Have you tried the solution I posted in Preset Exchange? It seems to do everything right. Please let me know how it works for you.
Top

Hi this was inspired by the other MIDI sync posts here, it will only play back when the transport is running and a key is pressed or there is MIDI data in the Track. 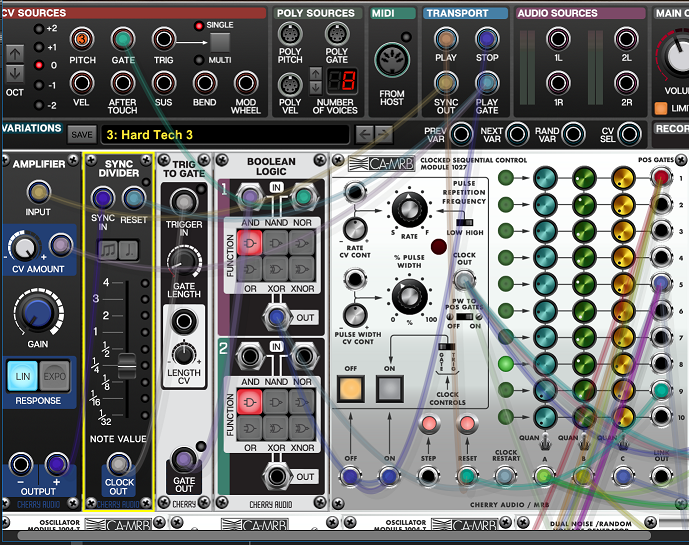 Life is not about waiting for the storm to pass, it's about learning to dance in the rain.

Karma has a way of finding its own way home.
Top

the method for syncing the vm960 sequencer will probably also work with the vm1027, using the step jack instead of the shift jack:
https://youtu.be/fqasWvcVke4
Top
Post Reply
12 posts