A place to discuss stuff relating to Cherry Audio & Voltage

I have a number of modules where I am having to layer images on top (specifically over the custom use of the Digital Counter), hiding them at the end of Initialising the module - in an attempt to make the icon/image and image used when dragging the module appear correct and without the "noise" of the Digital Counter's default behaviour for this. I am potentially able to make them completely blank, but this does not "tell the whole story" for the user.

I have tried a number of different approaches, variously moving items to/from the front/back or showing/hiding items. In each of these cases, the generated image used in publishing does not fully reflect this. See the attached screen grab. 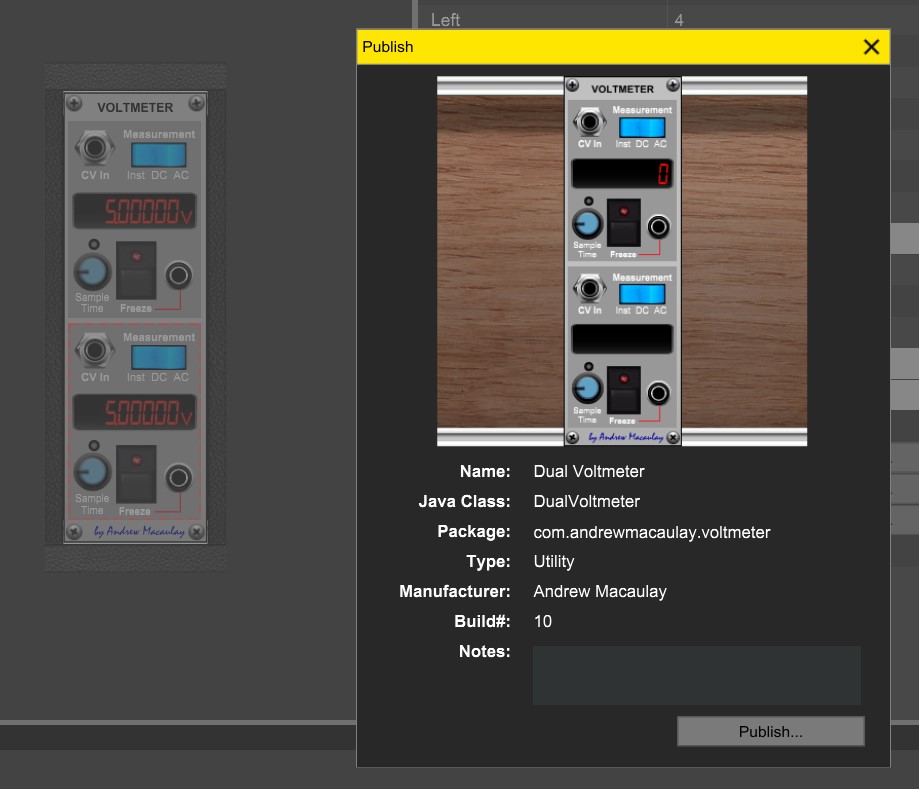 Eventually worked out a way that seems reliable which involved using text fields which I could then set to be null by default and which were changed only at the point of the first screen refresh! It is not clear at what point the image is being generated for the store, etc. and therefore can be difficult if not impossible to get this to be consistent.

No longer a major issue, but something that it would be good to have looked at.
Andrew Macaulay
Top

Re: Possible Bug: Icon/Image Generated when Publishing not reflecting actual screen at time

Re: Possible Bug: Icon/Image Generated when Publishing not reflecting actual screen at time

Sorted using this - thanks, now it is a bit clearer in terms of what happens in what order.
Andrew Macaulay
Top
Post Reply
3 posts • Page 1 of 1